Bugs don't wait,
neither should our
customers! 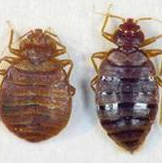 Bed bugs are parasitic insects of the cimicid family that feed exclusively on blood. The term most commonly refers to members of the genus Cimex of which Cimex lectularius, the common bed bug, is the best known as it prefers to feed on human blood. Contact us to learn how to get rid of bed bugs. 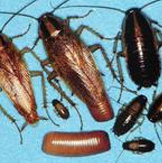 Cockroaches live in a wide range of environments around the world. Pest species adapt readily to a variety of environments, but prefer warm moist conditions found within buildings. 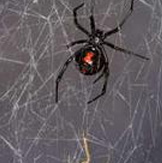 The western black widow spider or western widow, is a venomous spider species found in western regions of North America. The female’s body is 14–16 mm (1/2 in) in length and is black, often with an hourglass-shaped red mark on the lower abdomen. This “hourglass” mark can be yellow, and on rare occasions, white. 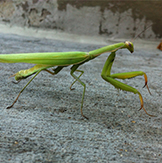 Named for their prominent front legs, the praying mantis is actually a desirable partner to have around when fighting pests. They are adept at capturing moths, crickets, flies, grasshoppers, and other pesky pests. 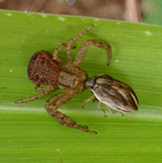 The crab spider is another spider that preys on other insects. It’s poisonous bite (not to humans) stuns their prey as they suck them dry. Crab spiders are often found on plants and remain in the same location for long periods of time. They are identified by their larger front legs and move side to side like a crab. 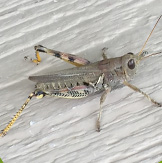 Grasshoppers are one of the most damaging pests when it comes to gardens, crops, and other plant life. They can also eat the paint from the sides of buildings, especially metal buildings. Damage caused by grasshoppers can also cause soil erosion. 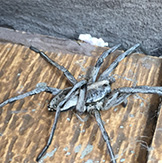 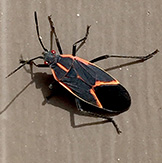 Boxelder bugs can really be a nuisance pest, swarming a home in droves. They typically do not do anything to humans, but can sometimes pierce their skin causing irritation. Mostly, they are just a nuisance as they fly around. 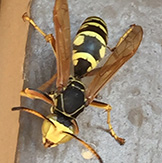 Wasps and hornets are actually different pests, but are commonly mistake for each other. They look very similar, however, hornets are typically larger than wasps. Hornets are typically black and white or brown and red while wasps are many varying colors including yellow jackets known for their golden colored bodies. 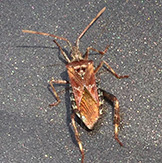 Although stink bugs are harmless, they are a nuisance as they swarm the house, typically in September and October. They come out on warm days, cling to the side of buildings and swarm the entrances. They hover around, bouncing off of objects and people and emit a distinct odor especially when you squish them.

*If you begin to see any of the covered insects between treatments, a technician will come out and resolve the issue at no additional charge. See a copy of our service agreement for more information!